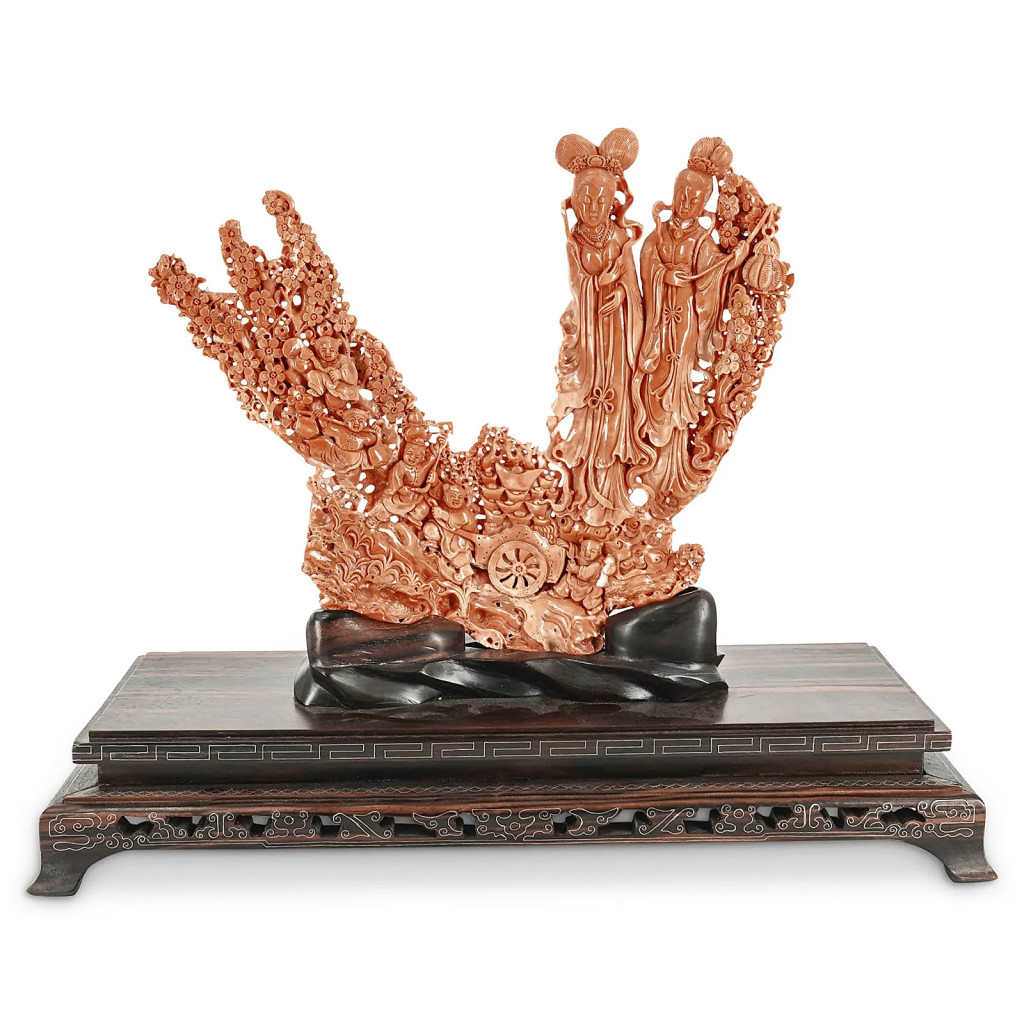 The sale was led at $29,940 by a carved coral figural group depicting Immortals amid cherry blossoms and village people. It measured 17 inches high on stand.

DANIA BEACH, FLA.- The New Year Collection, a January 4 sale at Akiba Antiques, was a formal affair – items that found comfort on marble top sideboards or centering walls that rose 14 feet high. The offerings included gilt bronzes, porcelain, fine art and silver. If you think back to the last formal New Year’s black-tie party you went to – probably not this year – this kind of collection may have been in the background.

The sale’s assortment of Asian material was its leading category. Selling for $29,940 was a carved coral figural group depicting Immortals amid cherry blossoms and village people. On a carved rosewood stand, the whole measured 17 inches high and featured intricate, carved out openwork between the rising blossoms. In greater quantity was porcelain. A Nineteenth Century Korean black, blue and white vase with a dragon and cloud motif sold for $4,800. Chinese porcelain was led at $3,900 by an 8½-inch diameter bowl with two dragons surrounded by flames. A pair of square vases with foo dog face handles brought $3,600, while a famille verte vase took $2,040.

Fine art found favor with Winslow Homer’s etching “Eight Bells,” going out at $15,600. The term “eight bells” signifies the end of a watch, which occurs every four hours beginning at midnight. To determine their position, mariners took sights using an octant, here depicted by two men engaging an octant and a break in the clouds at noon. The painting, with the Addison Gallery of American Art, is among Homer’s highest regarded works and the more abundant etchings are found in major museum collections. Also with a maritime theme was the Dutch-born painter Anthony Thieme’s (1888-1954) oil painting of a Rockport harbor scene, which went on to take $5,700. The work measured 10 by 12 inches. Thieme was widely trained by the time he emigrated to the United States in the 1920s. He settled in Rockport by 1928 and did much to contribute to the Cape Ann school. In the same place at the same time was Hayley Lever (1876-1958), who maintained a studio in Gloucester as he taught at the Art Students League of New York. His 6-7/8-by-10-1/8-inch oil on canvas harbor scene went out at $3,300. 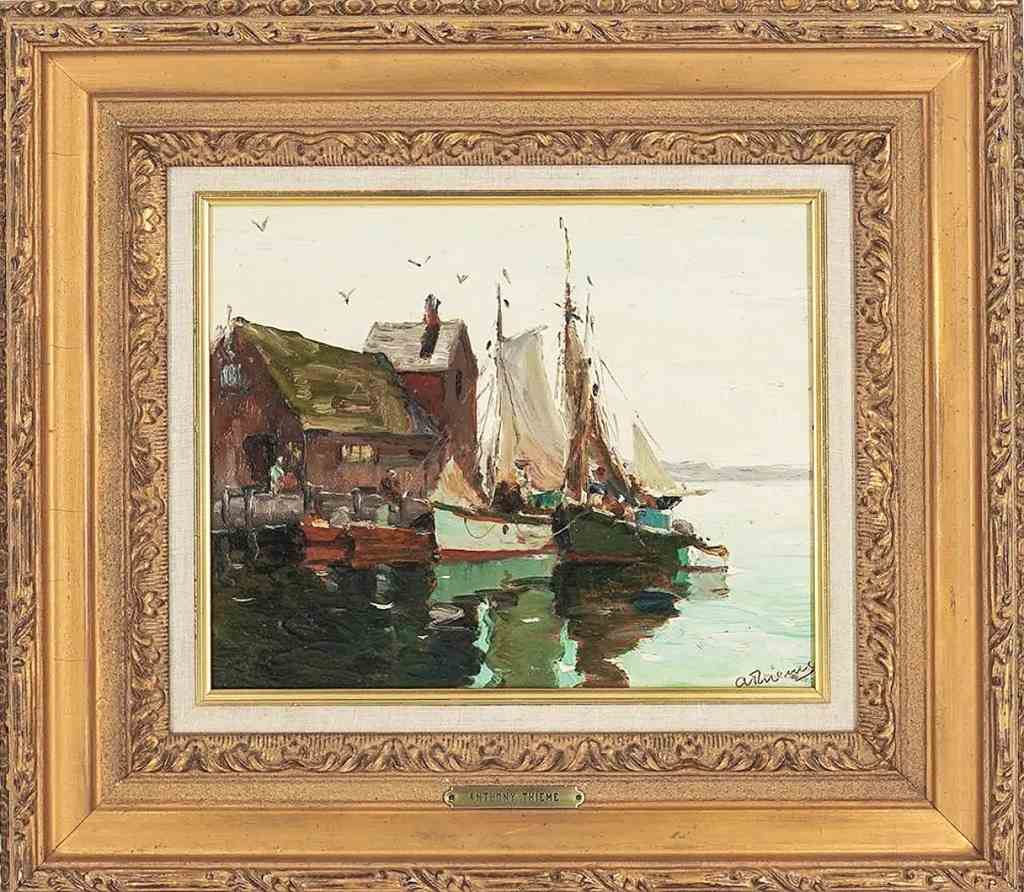 Bronze works were led by a French bronze mantel clock by Charpentier et Cie that sold for $5,700. Atop the clock were two playful cast putti and a rooster above the gilt base section with acanthus leaf decorations. The clockface bore the mark of the Parisian bronzier, which began making mounts in 1834 and continued to do so with partnerships through the 1890s. Their casts won numerous awards. Measuring 18¼ inches high was the bronze sculpture “King Menthuophis” by Emile Louis Picault that sold for $5,100. The sculpture of Menthuophis was created by the artist alongside its counterpart of Queen Nitocris, whose existence is doubted today by scholars. Herodotus wrote that following Menthuophis’ murder by poison, the queen gathered the conspirators together for a feast in a special chamber, which she flooded with the waters of the Nile. Another notable bronze in the sale was “Le Pecheur,” a circa 1994 sculpture by Ferdinand Parpan (1902-2004). Parpan designed the model of the fisherman in 1945-1950 and did not cast it for another 40 years.

All prices include buyer’s premium. For more information, www.akibaantiques.com or 305-632-5563. 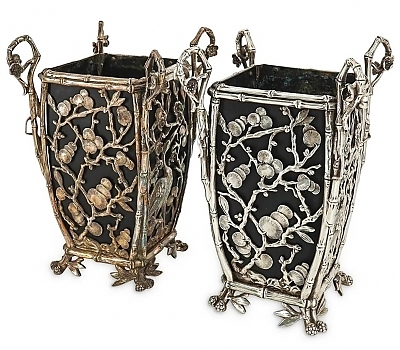 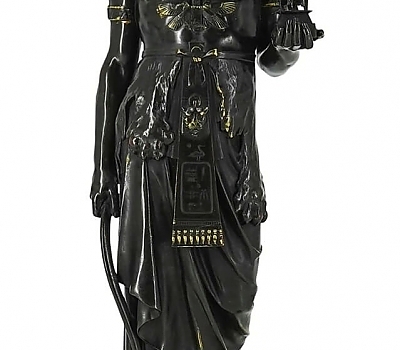 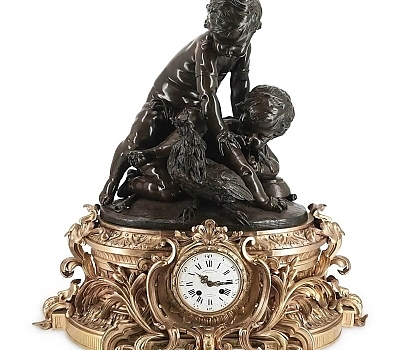 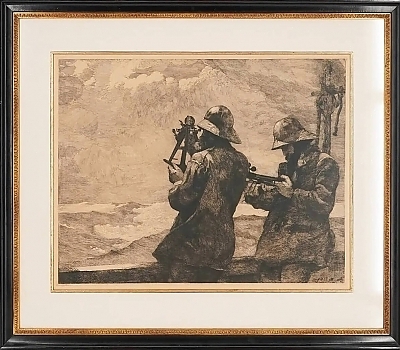 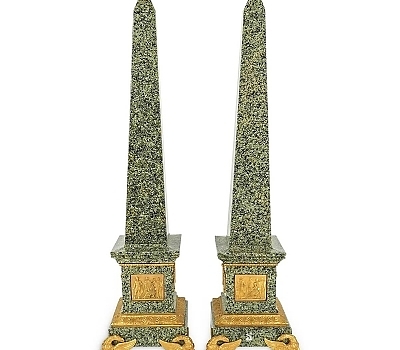 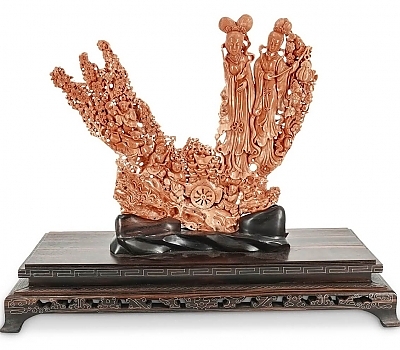 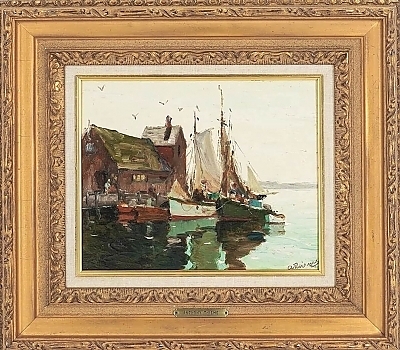